In this Spotlight on Innovation, GEA introduced its Smart Sealing System, which uses sealing strips instead of Teflon tape to continuously seal more bags before the strips need to be changed, reducing downtime and increasing profits.

With frozen food packaging, challenges arise every day. For packing frozen seasonal produce such as frozen vegetables, fruit and potato products, as well as meat, fish and seafood, quickly and safely to keep them fresh longer. To prevent packaging leakage as well as to avoid unnecessary waste of food and material. 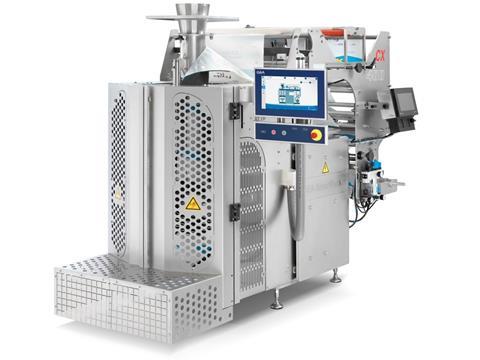 Seals up to 1 million bags without stopping

Previously, the heated jaws of traditional sealing systems on vertical packaging machines were usually protected with Teflon tape to prevent them from sticking when using PE films. As a precaution, the tape was replaced at the end of each 8 hour shift, which meant that backup sealing jaws would be used when changing after approximately 40,000 bags.

The new system uses metal strips with a PFAS-free non-stick coating. This system can continuously seal up to 1 million bags reliably without changing sealing strips. 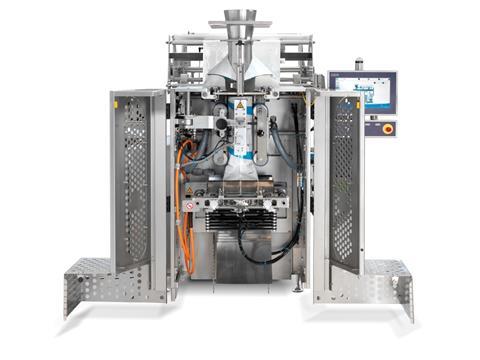 The main benefit of the smart sealing system is that it saves money by minimizing downtime. It currently takes about 5 minutes to change the Teflon tape when using backup sealing jaws. For most applications, this equates to approximately 400 additional packets lost during an 8 hour shift. The intelligent sealing system allows the packer to operate almost continuously, eliminating production losses.

The Smart Sealing System ensures a more reliable seal of the bag with the product incorporated in the seal detection system. This eliminates the possibility of opened packages while also preventing the bag from being sealed when product is detected in the seal area. Packaging leaks and knife damage are thus avoided, as there is no contact with the product which clogs the weld area.

In tests, the knives also successfully handled up to 1 million bags without having to be replaced.

GEA has increased the pressure applied by the Smart Sealing System to each seal and reduced the cooling time of the produced seal for each cycle. The result is faster operating speed and a 20% increase in machine throughput, improving overall equipment efficiency (OEE) while improving seal integrity and package quality.

Although originally developed for use with mono PE materials, the GEA smart waterproofing system can also be used with all widely used laminates, including structures made of recyclable materials such as BOPE, MDOPE, laminates based on PP and paper laminates.