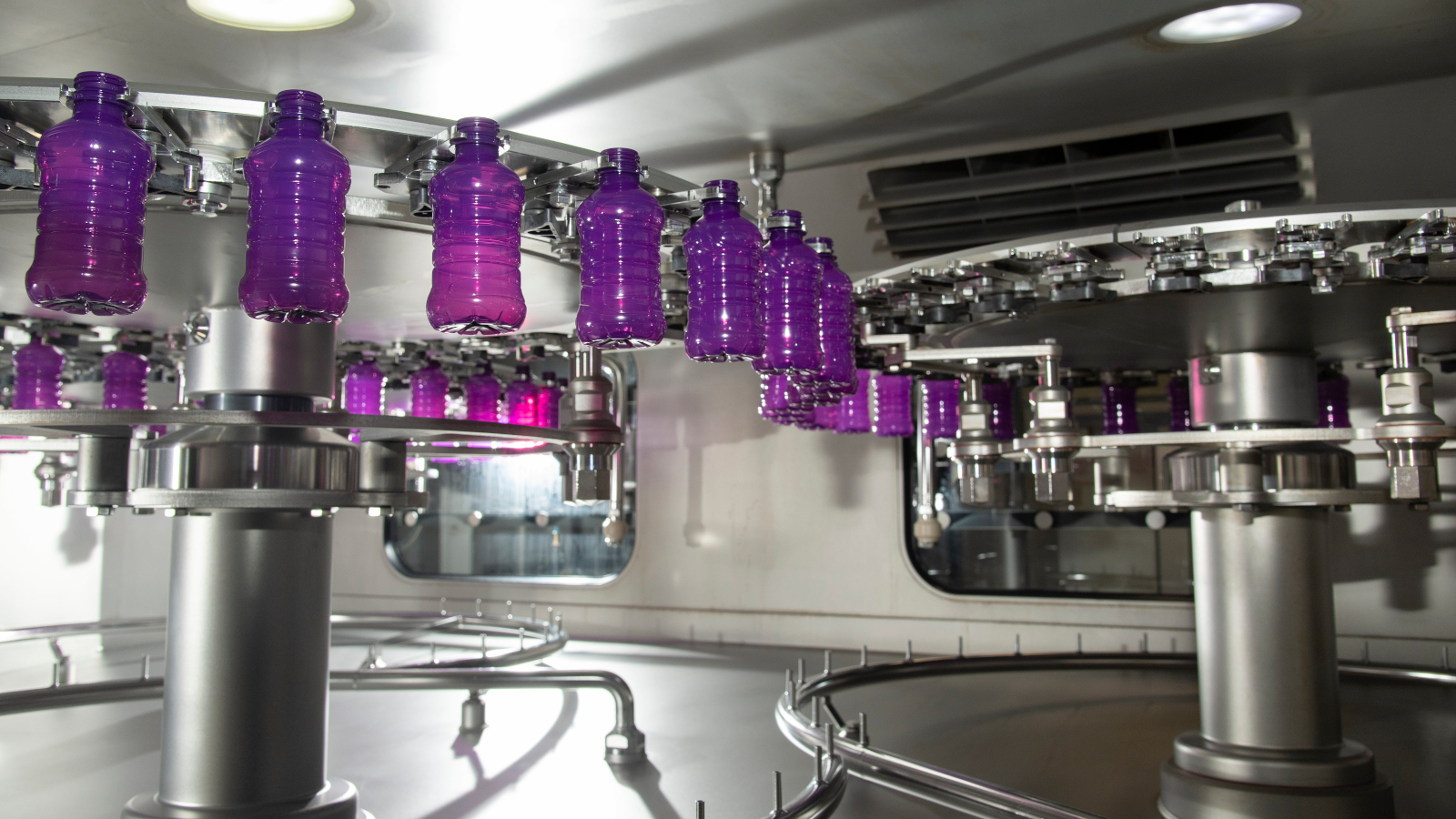 Before setting up your next packaging line, consider these pros and cons of one-piece packaging machines: container control and floor space, flexibility, and maintenance.

Monoblock packaging machines combine two or more main functions in a single machine. The term is most commonly used to describe systems at the head of a bottling line, but can apply to other machinery as well.

For example, this machine integrates filling, capping and labeling in one machine at around 80 products per minute.

On a larger scale, other packaging machine manufacturers offer high-speed one-piece machines that blow, fill and cap on a single machine at speeds of 1,300 bottles per minute or more.

At the end of the line, one-piece machines can combine several secondary packaging functions on the same frame, such as a former-wrapping-box-sealing machine.

In a typical bottling line, filling and capping are separate systems. The bottle enters the filler and is captured and positioned with a jackscrew, star wheel or other package handling device. The bottle is filled and then released. A conveyor takes it to the capper where it must be captured and controlled again.

In the past, some high-speed lines ran all the machines from a single large engine with a driveshaft physically connecting them. A synchronization screw synchronized the movement of the bottles between the machines.

These line shaft machines worked well controlling bottles through the line but were cumbersome. They were the forerunners of one-piece machines.

This brings us to the second big advantage of the monobloc: the floor space.

In the bottle filler-capper-labeler example above, each of the three machines, if stand-alone, could take up roughly the same floor space as the multi-function monoblock.

It’s not just benefits. There are disadvantages.

One is flexibility. An individual load can be reused elsewhere in another line or even an industry. The same goes for the capper and labeler. A monoblock is designed for a specific series of operations. If the product requires a crimp cap instead of a screw cap, for example, it may be difficult or impossible to reconfigure the machine. If the marketing decides that the bottle should be rectangular instead of round, the labeler will no longer work. Standalone machines will have more flexibility for reconfiguration as packages change.

Another downside is maintainability. As more and more functions are crammed into a smaller space, the complexity multiplies and the machines become harder to work with.

If a stand-alone capper, for example, fails, it may be possible to cap by hand or bring another capper onto the line. If the capping, or any other section, of the one-piece machine fails, the whole machine is dead.

One-piece or several machines? Each approach has its attractions. Before deciding which one is right for your particular applications, consider them carefully.